I know what you’re thinking. “Damn Juice; first VIO, now VIVO? What? Did you pick a bizarre spot to start, then continue in alphabetical order through coin market cap writing reviews?” Well — sorta. My buddy, Cryptopatush (formerly, Cryptokek @topkek1337xd), shot me a chart of a coin that was on its ass, (down 90% from ATH a few months ago). After recently working with VIO, the name alone sparked my curiosity. When I dug in, I came across a few coins similar to it.

Several coins were released around the same time period that appear to be Dash clones with masternode rewards and mining rewards. However, the rewards are divided up in slightly different ways and with different goals in mind. It’s an interesting class of coin that I hadn’t considered buying before.

This review is going to be different than my last. I’ve decided to partner up with Cryptopatush, (@topkek1337xd) to provide a more detailed look into the TA & market history of Vivo. Both of us have small amount of Vivo, but were not compensated for our contributions on this review.

VIVO offers all the features of Dash, including private send and instant transactions.

VIVO has had a bit of a checkered past, which is reflected in the massive price drop it had. The founder has stepped down a few months ago, leaving development in the hands of active community members. These community members had the choice to watch their coin die, or step in and revive it. While a portion of the premine is still available for the community to utilize for future development, the development is in the hands of the community at this point. It is not ran as a business as most coins with a premine in the sense that they have something to gain from the value of those coins rising. The only profit they stand to make is from the value of the coins they have bought increasing in value, which is one of my favorite motivators for developers, they’re earning their profits just like investors.

VIVO regularly appears on the top 50 coins for profitability on whattomine.com. The total hashrate does seem relatively low, so mining enough to set up a masternode wouldn’t be a monumental task with a decent mining set up. I wouldn’t recommend mining to liquidate to bitcoin immediately as the current volume is anemic and the price shifts wildly with that. However, using mining to supplement your accumulation for a masternode could be a good play.

Masternodes on the VIVO network require 1000 VIVO as collateral. At time of writing this, that’s approximately $900 USD. With payouts 50/50 between miners and nodes, you can expect a 5 VIVO payout every other day or so. This puts the break-even point at just past a year — if the price and the number of masternodes stays consistent.

VIVO recently released a docker program that simplifies node set up significantly. Docker allows you to set up a masternode with a cold wallet in few easy steps. The requirements are to have a VPS (Virtual Private Server) with relatively low system specifications, downloaded security updates, and the Docker program. No more compiling wallets or struggling with code that could be complicated for a first timer. If you’ve set up masternodes in the past, you know it can be difficult. I see this opening up VIVO to a wider audience which will help to further aid decentralization.

VIVO has a desktop wallet for Linux, Windows, and Mac. They also have wallets via Coinomi on both iOs & Android.

VIVO is an interesting coin. It’s part of a large number of Dash clones that came out in 2017 to likely capitalize on the masternode hype that happened around that time. I believe the original founder stepped down because there was no clear vision or understanding of what it would take to run the coin. Even so, VIVO is pumping out updates and features on a regular basis. The github page is fairly active and they are adding updates at a regular intervals.

These new developers seem to be doing a good job. I’ve sat in on several conversations with them resolving issues with the original masternode set up. I’ve also been testing the new Docker program which drastically simplifed the set up process. They seem to be knowledgable and it is clear they are investing both time and effort building this coin.

I respect the devs anonymity but I’d still like to see some sort of a back ground on them or to see them be more public facing.

The community is small, but engaged. It’s also listed on more exchanges than most coins in the Dash clone class. If you’re interested in a masternode, consider adding it to short list of coins you’re researching. As mentioned earlier, there a lot of coins doing very similar things. VIVO’s new Docker program, lower price point and relatively high masternode rewards makes this a tempting option.

Some people are concerned with the developer’s desire to remain anonymous. In this space, it’s a fairly regular occurrence. However, there are a large number of similar projects that also have anonymous developers, so each one will have to be evaluated if they’re a cash grab run by the same people, or if the core team has the best intentions to build a new crypto. If you are apprehensive, I’d suggest going to the discords or telegram channels and talking to the devs yourself. You decide. After all, this is a coin focused on decentralization and privacy, I can respect that someone willing to devote their time to it would prefer to remain anonymous. I can’t be 100% certain but, for me, it’s fun to play with masternodes and diversify into some of these more high-risk coins. I would not suggest dedicating a large portion of your total holdings to a coin like this.

The striking similarities in both price action and backgrounds between VIVO and other coins in this class are cause for concern. At the very least, they’re good reason for some pretty solid conspiracy theories for cash-out-quick schemes. I’m going to leave it up to you to make up your mind. I personally believe that the price is so low, it seems like it could pump strictly on technicals. Fundamentals play less of a role in my thought process on this coin but are certainly part of it.

-Listed on more exchanges than most low-end masternodes.

-Chart appears to be bottomed out.

-Founder leaving has caused some disorganization. Though the community is actively working to tie loose ends, it is an area that could cause some contention as the new hierarchy is unconventional.

-Larger premine of approximately 900k (1/3 of active circulation) coins leave some questions as to volume of coins tied up in developer masternodes.

-There are several other coins very similar to VIVO. In a saturated market, it will be difficult and require effort from the community to differentiate.

1. Resistance at around 10k Satoshi.

I called this resistance before the pump on April 29th and it pumped right into it. At the time of writing this Ta-overview, VIVO has wicked through this resistance but couldn’t sustain the pump and got rejected back onto 10k Sats. This resistance is the first major step for VIVO regarding price. At the moment Vivo sits in a channel again in between the 10k Sats resistance and the support at 7.5k Sats. Here would preferably be the accumulation before this resistance gets blown.

More often than not, support turns into resistance once it breaks down. After the first retrace in December 2017, 21–23k Sat proved to be a strong support/resistance level, as well as an area with higher-than-normal volume. The same scenario came into play February 2018. If this area is reached, strong resistance should be expected again.

At 70k Sat, VIVO consolidated for a little more than a week following its listing on Cryptopia. More often than not, the first consolidated price area after launch plays a big role in the development of price action for a coin. In January 2018, VIVO pumped back up to this area and, as expected, it was highly contested. There was a hard battle between bears and bulls to break/hold this resistance; the historically highest sell volume in the history of VIVO has been around this level. Support did not hold at this area in January during the sell-off.

Last but not least, the all time high (ATH) Body and the ATH Wick on the daily time frame. At it’s all time high, VIVO wicked up to 118k Sats. But the more interesting part here is the sustained level, or, body of the candle. During the majority of the time around the ATH, VIVO reached 95k Sats multiple times, but was rejected every time except for a few wicks that broke through and made the ATH wicks of 118k.Those were low volume pumps though, so the 95k level seems much more reasonable to calculate as the all time high. VIVO sat around 85–95k Sats for a whole week, trying to break this resistance multiple times after getting rejected so often — which is pretty amazing for a coin that had just pumped that hard. The subsequent overall bear market led to a slide into a downtrend with a bottom around 5.5–6k Sat. Now it would appear that it has bottomed out. 95k Sats seems doable for VIVO. Much of this will be up to the community and how they handle the take-over However, if 95k Sats resistance gets broken, then we can talk about a whole other level of moon.

Do your own research.

This is not investment or financial advice. This review is meant for educational purposes.

DISCLOSURE: The Juice and Cryptopatush both have some VIVO holdings. These holdings were purchased by us, and were not given by the VIVO team. They have had no input into this article and have not compensated us in any way. 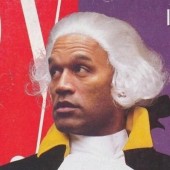 Mainframe – The Future of Communication