Blockchain technology will revolutionize the world as we know it, but before it can do that, it needs to be faster than the current implementations. Various approaches are attempted, from improved consensus mechanisms to off-chain computations and in more recent attempts, integration of DAG concepts. Jura is part of this latter wave, which alongside with Hashgraph, Fantom, Constellation and Vite, are trying to mix the best of two worlds: smart contract execution and DAG-like speed.

The most important innovation of Jura is its Fusus. My Nana told me that fusus means spindle, the long spinning stick that collects thread into a yarn. In Jura, the thread is the DAG represented by the send and receive transactions of an account, each of which represents its own Fusus. But instead of bulking transactions into an ever growing yarn of send and receive records, Jura rehashes the previous transactions into a single Genesis block each time it sends, thus pruning them, resulting in less used storage and improved lookup speeds.

Transactions in Jura will form a lattice-like structure, where individual accounts’ Send and Receive transactions form a DAG, removing the need for the entire system to calculate the balance for an account every time a transaction takes place, which translates into increased overall speed. Individual Fusus (Fusi?) will be split into shards, to account for potential storage issues and further increase throughput through parallelism.

Smart contracts & dApps in Jura can be written in C, C++ and Rust, to be executed by a WebAssembly virtual machine, which is faster than the Ethereum virtual machine.  Jura will have fee-less transactions, and will mitigate spam on the network by using Proof of Verifiable Random Time, which only allows transactions to happen in specific windows of time, set further apart from one another for transactions from the same account. AI will be employed to study the characteristics of transactions and highlight improper or malicious activity.

While transactions will be free, storage and computations required for smart contracts execution will be paid in the native JURA token, which will in turn be earned by the various nodes performing roles on the network:

The Jura network reaches consensus on a model that is basically delegated Proof of Stake, but the “delegated” part is done algorithmically, via a Proof of Utility mechanism that favors the most useful nodes, by seniority, activity overall and recent activity.

There is some FUD going around about the Jura ICO, involving the CEO. All I can report is an unofficial account about the CEO being involved in lawsuits with two VCs that invested at seed and reformed in the meantime, so are looking for their investment back, which apparently Jura wants to hold onto.

We’re yet to see which of the new projects claiming high throughput will win the race, or at least earn a respectable place long term. Jura is yet to show some of its product and announce investors, partnerships and advisors, but it is getting some awareness. I however like that Jura is trying to build its product around some of the most sought out features, such as high throughput, smart contracts capability, decentralized storage and feeless transactions. The technology described in the white paper is solid and the concepts included are mixed in a novel way. With a proper marketing push and some partnership announcements, Jura can be a serious contender for the big ICOs of 2018, especially with tokens coming in Q3. I like the Jura ICO. 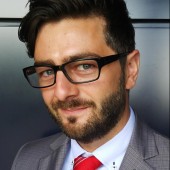 My name is Sever and I am from the Internet. I read ICO whitepapers and share my understanding. Internet strangers are rarely qualified and honest, so always do your own research.