On May 10th, 2018 Bitcoin dominance was at 36%. The price of Bitcoin was at $9,000, during that time there was a huge twitter movement that was uneventful trying to get  an“alt season’ going. As many of you know that did not happen.

As of today, Bitcoin has a dominance of 47% at the price of $7,000 and is having a hard time reaching $6,800 as of the last few days. Bitcoin cash has lost about 2% and the “others” category has lost about 6%. This could be a huge reason why most alts have dropped in price and are not gaining any price action in the last few weeks.

Coinyeezy made a prediction about the Bitcoin market dominance reaching the 60% level once again:

As we know, cryptocurrency markets are volatile and hard to predict, but the current climate seems to be in favor of a growing Bitcoin dominance. 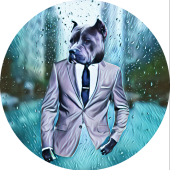 I write articles on CryptoCurrency Products & Companies. I also use Technical Analysis for trading Crypto. Contact me [email protected]

Did I Just Buy HoweyCoins? Access to XYO Gamma Web Client Inside

Trump Prohibits US Purchases of the Venezuela Petro ICO