Market Capitalization (AKA Market Cap or mcap) is one of the most widely used quantitative metrics to evaluate cryptocurrencies today.  The calculation for a token’s mcap is simple to understand and most investors could likely provide the following formula:

Market Cap = Quantity of Tokens in circulation * Price Per Token

Simple enough, right?  Let’s take it one step further – what drives a change in mcap?  Based on the above formula, only two things can affect a token’s mcap: change in quantity of tokens or change in price/token.

What causes the price/token to change?

This is where the breakdown in investor understanding starts to consistently show.  If money floods into the market, prices rise and the mcap goes up as well.  For every net inflow of $1, mcap increases by $1…right?  WRONG

Here’s one example of an incorrect statement which I saw this week on Twitter:

For those that unable to read the tweet from Crypto Insider:

$80Billion pumped into the #Crypto market over the last 7 days. And the funds are being spread out between $BTC and #altcoins. #Bitcoin dominance has decreased during that time.

MYTH:  CHANGE IN MARKETCAP IS REFLECTIVE OF THE INFLOW VS OUTFLOW OF CAPITAL INTO THE MARKET.

REALITY: TOKENS THAT ARE BOUGHT AND SOLD IN AN OPEN MARKET WILL SEE PRICE FLUCTUATIONS THAT ARE DEPENDENT ON THE BASIC ECONOMIC PRINCIPLES OF SUPPLY & DEMAND.  SELLERS OF THE TOKEN PROVIDE LIQUIDITY (SUPPLY) AND BUYERS PROVIDE DEMAND.  MCAP IS REFLECTIVE OF THE CHANGE IN PRICE OF THE UNDERLYING ASSET.

I create the Chapo Network with the native token being ChapoCoin.  I (as the developer of the network) decide to limit the supply to 10 ChapoCoins, all of which I will sell in an ICO at the price of $1 per token.  After the ICO is completed, 10 people bought 1 token each at the price of $1/token.

A week after the ICO above, a savvy investor sees great potential in the Chapo Network and wants to buy 1 ChapoCoin.  He offers $2 to anyone who is willing to sell him one.  Since this is double what an ICO investor paid, one of the ICO investors agrees to sell his token for $2.  The new price/token (going rate) has now become $2 per ChapoCoin.

In looking at the example above, only $1 worth of new capital entered the market.  However, the price per token, network value & thus the coin market cap increased by $10 (DOUBLED)!

The Tweet mentioned above stating that $80B “pumped into the crypto market” is false.  Far less money was actually put into the market, however the effect of this capital inflow caused a market cap increase of $80B.

This concept is one of the most common misunderstandings in the crypto space.  Knowledge of the fundamentals which cause movement in the market is vital to be successful – congrats, you can now consider yourself educated on market cap! 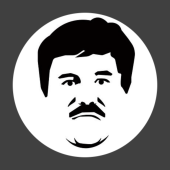 Another Ethereum Use Case? Let’s clean the beaches…

Why We Need to Educate and Stop the Nonsense Talk