I love crypto. When I’m done with my day job I spend most of my free time researching and learning more about different coins, projects, and the markets in general. When I decided to contribute as a writer, I wanted to share my joy and passion with everyone. Instead, because of my background in insider trading and compliance, my wheelhouse is the least fun part of crypto: regulation and governance.

Additionally, this area often focuses on worst-case scenarios, which absolutely nobody wants to hear about. So instead of joy and passion, you get doom and gloom. But, today is your lucky day because this is  one of those rare times when market manipulation in crypto headlines is actually semi-interesting!

On Thursday, April 26, 2018, bombshell accusations were leveled against a number of well-known crypto influencers on Twitter accusing them of engaging in fraud. This article isn’t going to make any accusations or allegations against anyone. Instead, it seems like a good time to discuss insider trading and pump-and-dump schemes generally, and how enforcement actions might look in crypto.

The day was December 19, 2017. Bitcoin was trading at about $19,000 and I thought I’d be retired by spring. Optimism reigned supreme, and you probably had distant relatives coming out of the woodwork to ask you about how to invest in crypto. But beyond the normal mania of the 2017 bull market, on that day, Bitcoin Cash (BCH) was added to Coinbase and things went absolutely insane.

The price of BCH spiked to around $3,500, but just prior to the rollout, BCH prices began to climb, reaching a (temporary) all-time high of over $2,500 suggesting that some individuals had learned of the move ahead of time. Immediately after, the Coinbase CEO recognized that the price had moved in the hours before the announcement, stated that Coinbase employees had been expressly prohibited from trading on the basis of “material non-public information,” and announced that Coinbase would be launching an investigation into the matter. While he did not specifically use the words “insider trading,” it was fairly clear what he was alluding to.

The funny thing about insider trading in the United States is that on the federal level there is no specific law defining insider trading. The closest thing we’ve got is the Rule 10b-5 of the Securities Exchange Act of 1934, which forbids securities fraud, but never actually uses the phrase “insider trading.” Congress has had ample opportunity to define insider trading but declined to do so. In the meantime, courts have shoehorned insider trading into the general meaning of fraud, and created something of a “you know it when you see it” kind of definition.

So what constitutes “material nonpublic information?” “Material” means that the information would likely be considered important by a reasonable investor in deciding whether or not to purchase or sell a security. “Non-public” means that the information has not been sufficiently disclosed to the investing public, such as by a news wire or major news source. While there is more to it than that, we don’t have to get too into the weeds here.

But, hypothetically of course, if someone working at one of the few major fiat-on-ramps for American investors knew that a coin was going to be added to that exchange, and then bought a whole bunch of it, we have something that at least begins to raise some regulatory eyebrows.

But Are These Securities?

While we’re in the weeds, there is an important side question to address: Is Bitcoin Cash even a “security” which the SEC has jurisdiction over? The answer is a strong “maybe,” but it might not matter in this instance. While many legal writers suggest that Bitcoin and offshoots like Bitcoin Cash are not securities, but instead are commodities, that distinction may not be important when it comes to insider trading.

Remember Chris Giancarlo? The U.S. Commodity Futures Trading Commission (“CTFC”) Chairman who testified in front of Congress during the deepest depths of market despair and seemed to actually understand what cryptocurrency was all about? He called us “Coin Fans” which we all found quite endearing. Anyway, the CFTC, not the SEC, may be the ones who ultimately regulate the trading of most cryptocurrencies.

Buried deep in the Dodd-Frank Act was a grant of authority to the CFTC to combat “fraud and manipulation in connection with any swap, or contract of sale of any commodity in interstate commerce…” The CFTC ran with this, passing Rule 180.1, which forbids “trading on the basis of material, nonpublic information in breach of a pre-existing duty (established by another law or rule, or agreement, understanding, or some other source), or by trading on the basis of material nonpublic information that was obtained through fraud or deception”.

I know, I went too far into the weeds there, but I think it’s an important point. The CFTC went out of their way to make the language very similar to Rule 10b-5 of the Exchange Act, and it has used that language to enforce insider trading actions using the same legal reasoning that SEC does.

The CFTC currently does not perform many insider trading enforcement actions, but if they are going to be the main regulators in the industry, this seems likely to change. This means that even in crypto, if someone knows an important announcement is upcoming, and has an obligation to keep that announcement under wraps, but goes ahead and trades before the announcement is made, they could potentially find themselves the subject of an insider trading action, whether from the SEC, the CFTC, or another regulatory authority.

Pump-and-dump schemes are one of the oldest scams in the book. The scammers buy up a bunch of a low-priced asset, then go out and hype it up—driving up the price, then sell it to unwitting chumps at a higher price. It’s a simple scam, but it is one that is particularly effective in thinly-traded markets. This is essentially what cryptomedication accused a number of crypto influencers of planning to do. Judging people based on screenshots is not a good idea, so instead we’ll talk about these schemes and their consequences in general terms.

Pump-and-dump schemes have experienced something of a renaissance in crypto, with both the SEC and CFTC issuing warnings and offering whistleblower rewards to those who report fraud which lead to actions. The SEC has already been active in shutting down fraudulent ICOs and other activities in the cryptocurrency space, and if the CFTC is going to be the regulator in this industry, one can only expect their enforcement arm to grow.

Pump-and-dump schemes are illegal in the United States. The consequences for those who perpetrate these scams can include monetary and civil penalties, jail time, and, in the penny-stock space, individuals have been permanently barred from participating in those markets. It would not surprise me if similar penalties will apply in crypto, with individuals found to have knowingly participated in pump-and-dump scams facing fines, jail time, and/or being banned from trading cryptocurrencies.

I have seen a lot of people on crypto twitter who seem to think that this space is still the wild west, with no regulation at all. I think people will be surprised that the regulators will be able to police the industry with their existing tool box. Regulators often move slowly. Building a fraud case can take months or even years. However, just because something has faded from recent memory does not mean that regulators will forget, and one of the features of the blockchain is that it is immutable and forever.

It is my opinion that insider trading and fraud in crypto are likely covered by existing rules governing securities and commodities. While the space looks extremely unregulated, the regulators’ existing toolbox is likely sufficient to cover at least two of the most common forms of market manipulation, insider trading and pump-and-dump schemes.

It would be ideal if congress could clearly espouse a regulatory regime for crypto, but being that it has been about 84 years since the laws covering insider trading were enacted, and we still don’t have a great definition of insider trading, I wouldn’t expect anything like that to come any time soon. While cumbersome, the existing methods of policing fraud and market abuse might be enough to regulators to clamp down on some of the most egregious bad actors in the crypto space. 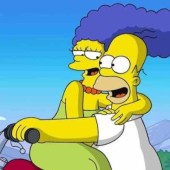 I'm a lawyer working in the finance industry. I love travel, crypto, and most sports. I play a lot of poker and DFS as well.