The cryptocurrency space is one full of some of the most intelligent and thoughtful minds the world has ever seen. This no doubt comes with many differing opinions and thoughts on projects. So, for this article I thought we would embrace debate! Here are your top 10 cryptocurrencies by market cap at the time of this writing, ranked as cereals.

Bitcoin is the cinnamon sugar swirl of the cryptocurrency world. A crypto so good, you’ll want to drink the milk. Like Cinnamon Toast Crunch, no fork will kill the corn!

As the #2 cryptocurrency by market cap, and part of the Coinbase core four, it’s no surprise you’ll find ETH in almost every crypto pantry and portfolio. Bottom Line, IIIIIIIT’S GRRRRRRRRREAT!

Silly rabbit, Trix are for kids…and so is XRP! Stop me if you’ve heard this before.

No Coiner Friend: “Hey, I’m thinking of getting into cryptocurrency. What do you recommend I should buy?

You: “Well, you should probably start with some Bitcoin and Ethereum.”

You: *Smashes face into wall*

It seems almost every new young crypto kid has had at least a little bit of an XRP phase, then at some point they realize that it is a centralized shitcoin. We live, we learn, we eat Trix, and we evolve into greater cereals and leave this silly cartoon rabbit behind.

Meme Cereal for a meme coin. Honey Smacks has a cult like following despite, in my humble opinion, being one of the most trash cereals out there. Much like BCash shills, Honey Smacks supporters will tell you Smacks is the best cereal until they’re blue in the face.

EOS at of the time of this writing is currently rounding out the top 5 in cryptocurrency market caps. EOS is a smart contract platform that is aiming to improve on Ethereum’s short comings and potential scaling issues.

In addition, while a little surprising to me, Honey Nut Cheerios was actually the #1 cereal by sales in 2017. EOS currently holds the #3 spot all time in terms of funds raised by an ICO with 185 million raised, only behind Filecoin and Tezos.

Cardano is another one of many cryptocurrency/blockchain platforms. They boast on their website that they are differentiated from other cryptocurrency projects because of their scientific and philosophical approach.

“This is the first blockchain project to be developed from a scientific philosophy, and the only one to be designed and built by a global team of leading academics and engineers.”

“The scientific rigour applied to mission-critical systems such as aerospace and banking has been brought to the field of cryptocurrencies, with a high assurance implementation. We believe this is the first time that this has been done.”

If that doesn’t sound about as fun and exciting as eating lightly sweetened hard pieces of shredded grass, I don’t know what does.

With the right balance on the spoon, Lucky Charms is a near perfect cereal eating experience for kids and adults. Unfortunately for LTC holders, Charlie Lee ate all the marshmallows from the box and left you with only the plain bites.

If Ripple is Trix, Stellar is Froot Loops. It does everything Ripple can do, without being a centralized banker’s coin.

Stellar is tasty like the milk at the end of your bowl, and cool and edgy enough to spell fruit with two O’s. If you like the idea of Ripple but aren’t looking to get Trix’d, than Stellar and Froot Loops are for you!

Tron is without a doubt in my mind, like Cap’n Crunch’s Crunch Berries. It always looks like a great idea and usually starts out as such, but ten minutes later you’re left with a soggy bowl of mush that has cut up the entire roof of your mouth.

Much like Tron, Cap’n Crunch has a cult following typically left holding their cereal bags.

And there you have it! Your current top 10 cryptocurrencies as cereals. Comment and reply how you would rank your favorite coins as cereals. Let’s keep the delicious debate going.

Find me on twitter @bunchubets and yell at me about cereal. 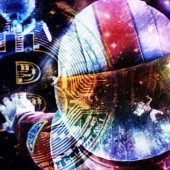 Crypto Enthusiast, Miner, Shit Poster, Sports Lover, Pizza Eater, Motivational Speaker.Live by the Motto "Every Pizza is a Personal Pizza if you Believe in Yourself." See, aren't you motivated now?