The Blur Network is approaching 6 months in age, with that mark being exactly 9 days away at present. This past month we changed things up a bit with respect to our Proof-of-Work algorithm. Blur’s proof-of-work now incorporates elements of Cryptonightv2, Cryptonight-Light, and Cryptonight-Adaptive v1. Our own novel changes took the Adaptive portion of Cryptonight-Adaptive v1, which changes each block as a function of height, and altered it so that it changes once every second. The result is what we’re calling Cryptonight-Dynamic, and is a step further into the foray of a CPU-specific cryptonight hashing algorithm. Our goal at Blur Network has been decentralization by design, and that mission will continue . . . However, Blur’s 6-month anniversary brings with it the beginnings of a fairly large shift, and as promised by version one of the roadmap: the unveiling of our new, multi-faceted approach to answering the question of ASIC/GPU/CPU resistance or specificity.

Origins of our Philosophy

I’m a strong believer that the most efficient designs, methodologies, and perspectives are already in existence — and that one of our primary flaws as humans is our inability to see the things around us as models for our own inventions. We are growing more adept at this practice, and have seen some cool stuff like adhesive engineered after gecko’s feet recently, which is part of a design practice known as biomimetics(more examples are available at that link). It should come as no surprise that this type of modeling has proven useful in physics (think: caves and arches for structural weight-bearing), and in computer sciences as well. Machine learning is often modeled using a three-point reward system designed to mirror the synaptic responses in the human brain.

Our universe and the things in it, took form in an incredibly chaotic set of circumstances and under the influence of unfeasibly large forces. Given those circumstances, it follows that the “testing environment” in which our world took form is one likely to produce far more efficient results than any of those which we could cook up in a laboratory setting. Nature already did the work for us, and we devised tools like math to study the relationships of things; to discern the ways in which each piece of the existential puzzle interact and the laws that govern those interactions on a physical level. With tools like that, and a world to observe, we have a powerful source which we can seek to emulate, building something that captures even a fraction of that efficiency we see before us in form, fitness, and function.

So about this time you’re probably asking: “What is he rambling on about, and how does this nonsense apply to a private cryptocurrency?

The answer: Fractals and Scaling.


What is a Fractal?

A fractal is a geometric structure that is self-similar across different scales. Effectively, that means the smallest structural components come together to form the larger components that, on the “zoomed-out” scale, look identical to their constituent pieces. These typically include branching patterns and can be seen nearly everywhere you look in nature: lightning strikes, rivers, tree branches, human blood vessels… the ocean even erodes beaches with fractal geometry & repetition. The resulting structures are often very complex, but the mechanism to generate them is usually through repetition of a simple operation, mathematically. This type of structure has, as nature has shown us, a ton of potential in creating complexity that remains simple at its root. At Blur Network, we also thought the idea was a perfect model for a new type of privacy-focused ecosystem. More on that in a moment…


The Problems Facing Cryptocurrencies Everywhere, and How We Got Here

No matter which way you look at the cryptosphere, the Achilles’ heel of the decentralized internet remains — centralization. Centralization poses a serious threat to the integrity of any blockchain. If a malicious actor amasses a majority of the network’s hashpower, all bets are off. Immutability, security, even a blockchain’s subjecttive “reality” all break down completely. The biggest threats to that integrity come from two distinct sources, in my opinion. The second of those problem-sources, ironically enough, developed out of necessity in the environment created by the first problem.

Cryptonight as a hashing algorithm was designed with the idea of ASIC-resistance in mind, and with a focus on CPU cache size. The 2MB scratchpad size in standard Cryptonight implementations is designed A.) To fit in the L3 cache of central processors and B.) To be too memory intensive for ASICs. As software was adapted to make the algorithm compatible with GPUs and specialized hardware, mineable cryptocurrencies saw exorbitant rises in network hashrate. Ever since, there has been a decision that every project has had to make: do we resist specialized mining hardware? The prevailing answer to that question is increasingly in favor of the affirmative, particularly within the cryptonote networks. This creates a never ending game of cat-and-mouse, in addition to block reward opportunities remaining limited for small-time miners or hobbyists. Accessibility to block rewards quickly drops to near zero for anyone not using dedicated mining hardware, even following a fork or during a similarly predictable hashrate drop.

In an effort to remove the exposure to both randomness inherent in block generation, and to minimize the ill-effects of specialized hardware, code from Electrum (the bitcoin GUI wallet) was adapted into what is today known as the stratus protocol for mining. Stratified mining effectively takes the larger block cumulative difficulty, and slices it into more managable strata, ensuring that no two miners cover the same area while hashing. This is weighted against the probability of finding a valid block. Once a block is found, it is submitted to a pool operator and that operator then submits that block to the network, dispersing the reward amongst miners as a function of their relative probability of finding the solution on a per-diff-unit basis. This can take the form of PPS (pay per share), PPLNS (pay per last “n” shares), or any of the payment schemes you come across in mining pools. Regardless of the scheme, the result is the same — The pool operator is given the power of commanding the entire pool’s hashrate, exposing the network to a much easier vector to achieve a 51% majority of the network’s hashrate. So, out of a solution for exposure to variance and miners seeking fairness in rewards, a new threat to the integrity of these networks was born.

An assessment of some of these risks, and the acknowledgment of them by the Monero community can be seen here, if you still are doubting whether or not this is a problem.

Fair Mining, through a Faction-Based Approach

We drummed up the idea to divide this problem and conquer it, by removing some of the competition among miners. Cryptonight is possibly the best ecosystem within which to attempt this sort of thing. We already have varying self-similar Proof-of-Work variations which target specific types of hardware, within Cryptonight. With NERVA gaining some recent attention as a solo-mined CPU-only flavor of Cryptonight, we jumped at the idea to give their model a test-drive, under our own set of parameters. That test drive turned into what we call the Blur Network (BLUR). We are and will continue to be an honest attempt at achieving a chain that is mined by CPUs solely, while remaining fast, scalable, and elusive to the threats of centralization. Without further measures, however, this exposes us to the same eternal game of cat-and-mouse that Monero is locked into.

In founding the Blur Network, I had bigger plans and a bigger idea of where things would go with regard to the pursuit of fair mining. Today is the day that I’m able to finally talk about that larger plan: Discretionary, Non-competitive mining on independent chains within the same ecosystem . In what we’re calling Parallel-Proof-of-Work (PPoW) we’ll be launching GPU-friendly and ASIC-friendly chains within a Multi-Chain framework and hierarchy. We’re calling that framework the Fractal Multichain, within which, BLUR will be the atomic standard of value.

The above is a piece of graphic art that I created when I decided that this would be the eventual direction that I planned to take BLUR. It has seen a modification with color of the fractal geometric mandalas, but other than that, it has remained unchanged since spring of last year. I’ve been admittedly pretty tight-lipped about the whole plan.

After founding the Blur Network in an attempt to gain a better understanding of Cryptonight on a first-hand basis, that original idea gave rise to the current concept for the artwork that we are working with, seen below. (This is still a WIP — so please, if you can design something similar that looks better, drop us a line in our Discord Chat

Our idea takes advantage of 1.) Security by isolation and 2.) A simple swapping mechanism for coins from ASIC-friendly and GPU-friendly blockchains onto the base value chain, of CPU-friendly coins. Each chain utilizes a different flavor of cryptonight to achieve its focus on specific hardware, and is subject to different coin economics. I won’t get too into the nitty-gritty and technical mechanism here… But the result is a simple model that makes use of constituent pieces already in existence (for the most part). When reduced, it looks something like the below:

Visit our website at https://blur.cash for links to all of our social media. 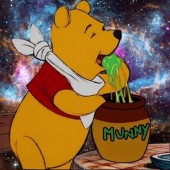 Zencash is Hit with a 51% Attack